The Kathmandu Valley is the main entry point to Nepal. Most travellers arrive by plane in Thribuvan Airport and spent a couple of days in the Valley before setting of to the mountains or to other parts of the country.

Although Kathmandu City itself suffers a lot from pollution, it remains a place full of history, cultural highlights and unexpected charm.

Further down the Valley, rural villages and medieval towns, are worth visiting. And, if weather permits, one can get a good view of the Himalayas.

Highlights of the Kathmandu Valley

The center of Kathmandu still has a certain charm, even though the 2015 Earthquake damaged the city a lot. A heritage walk in the area of the central Durbar Square with its old pagoda-style temples, the Royal Palace and the house of the Kumari, is a good way to explore Old Kathmandu. You can walk further through the bustling alleys of the town, along old merchant houses with beautiful woodcarvings untill you reach the tourist mekka of Thamel.

A little part of Tibet in Nepal... This 36m high massive stupa has become the iconic image of Nepal on the cover of every guidebook. It is a World Heritage site that dominates the skyline of the neighbourhoud. Countless buddhist monasteries around it form the center of Tibetan Buddhism in Nepal.

The stupa lays on the ancient trade route to Tibet and, in days long gone by, Tibetan merchants rested and prayed near the stupa. Nowadays it is one of the major pilgrimage sites for Buddhists from all over the world.

The stupa of Swayambunath is located on top of a small hill, about 30 minutes walk from the town centre. To reach the stupa you need to climb a steep staircase, but once you arrive you have a great view over the town. A lot of monkeys will join you on the way up,

On the banks of the sacred Bagmati you'll find one of the largest Hindu temples of the Subcontinent: the Shiva Temple of Pashupatinath. The whole site has been declared a World Heritage Site and attracts hundreds of pilgrims. During the big Hindu festivals pilgrims from all over Nepal and even from India come to this important temple. You can wander for hours through the compound, chatting with the locals or just sitting down on a nice spot to observe the colourful coming-and-going.

Although the actual temple is not accessible to non-Hindus, it is one of the main tourist attractions of Nepal. Travellers mainly come to witness the traditional cremations that take place on the riverbank.

In several places there are platforms (ghat's) available on which devote families cremate their dead. Entire families descend to the temple to pay their last respects to their deceased. The body is first ritually washed in the river and then wrapped in cloths on an immense pyre. The eldest son traditionally lights the pyre after which the body is burned. After the cremation all ashes are swept into the holy Bagmati so that the deceased eventually ends up in the holy Ganges.

On the other bank of the Bagmati, the old royal city of Patan has a similar structure as Central Kathmandu: a large Durbar Square lined with temples from which some scenic sideways start. The Museum of Patan with artefacts from all over Nepal is worth visiting.

Due to the ever growing Kathmandu, both cities seem to have melted together. Patan however is more relaxed and some nice boutique hotels and fancy restaurants have come up in the town.

The 3rd Royal City of the Valley lies in the eastern part of the Kathmandu Valley, about 45 minutes from Central Kathmandu. From the 3 Royal Cities Bhaktapur is the best preserved with lots of old houses, towering temples and of course a large Durbar Square. In certain parts of the city, cars are not allowed, which makes it a nice place to stroll around and see the Nepali daily life.

Bhaktapur was severely hit by the 2015 Earthquake and renovations are still going on. Some of the main temples however survived and give you a good idea about the Newari building style. The whole city has been declared World Heritage.

A lot of tourists visit Bhaktapur as part of an excursion from Kathmandu, but it is a good place to stay overnight. When the daytrippers are gone the city comes alive and Nepalese take the streets again to trade, pray and do their business. In the early morning, before the tourists arrive, you can see old ladies offering in the countless temples all around the city.

Hiking and Biking around Kathmandu

There are a lot of interesting hikes around Kathmandu for those who want to experience the Valley in a more active way. The countryside is surprisingly authentic with small farming villages and old Newari towns. Depending on your fitness level we can suggest some nice (half) daywalks around Kathmandu.

It is even possbile to make a multiday trek for 4 or 5 days on the rim of the valley, along well maintained trails that connect villages like Balthali, Namobudha, Dhulikhel, Nagarkot, Chisapani and Sundarijal. In the villages you can stay in small hotels or local guesthouses. This trek will give you a glimpse of the Nepalese village life and has some great views of the Himalayas in the distance.

Biking has always been popular in Kathmandu although the traffic in Kathmandu City can be terrifying. Our guides can take you a interesting bike excursions in the Valley however, far from the maddening city. It mostly involves some uphill cycling, but once you are on the top, you will be rewarded with great views. Depending on your fitness level we can offer some challenging trail riding as well through the villages on the Valley Rim or in the Shivapuri National Park

As we work completely tailormade. feel free to contact us for an itinerary  for your Kathmandu Valley Experience.

Prices depend on the hotelselection, travelperiod, number of persons, exchange rates,... Please ask for a quotation through our quotation form.

Our Favourite Hotels in the Kathmandu Valley

Kathmandu has a wide range of hotels and accommodations, from simple guesthouses to stylish boutique hotels and luxury 5-star resorts. We work together with different hotels depending on your wishes about location, comfort, style, hoteltype, etc...

These are some of our favourites, based on our personal experiences over the years.

A real 'Heritage' Boutique Hotel, full of history, close to Pashupatinath with nicely decorated and spacious rooms. An inviting swimming pool and lush gardens to relax makes Dwarika's an island of  tranquility in Kathmandu. This historic luxury hotel is considered one of the best hotels in Nepal.

This comfortable hotel in Newari Style is located 5 minutes walk from the historic centre of Bhaktapur. With only 25 modern rooms it is perfect if you want to stay overnight in Bhaktapur to explore the city when the crowds are gone. There is a cosy restaurant and cocktailbar in the hotel.

A small 10 room boutique property in the heart of Patan. This renovated old Newari House is built around a central courtyard where tasty Nepali dishes are served in the evening.

Beautiful woodcarvings adorn the whole hotel and the rooms and make it a living museum. Almost a your doorstep is the Durbar Square of Patan.

The sister property of Dwarika's Hotel, located on the rim of the Valley, with mesmerizing views over the valley and the distant Himalayas.

A real retreat where travellers come to unwind, have yoga- and meditation classes or enjoy the wellness treatments.

Ask for a quotation for any specific hotel in Kathmandu 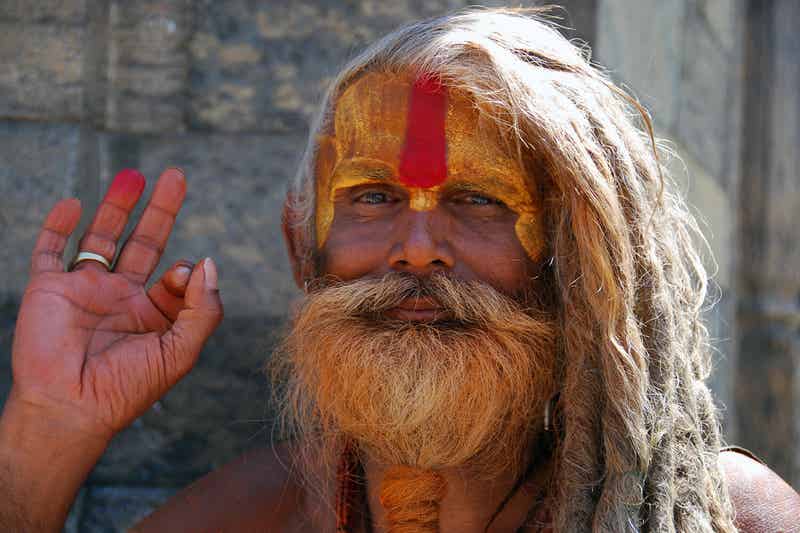 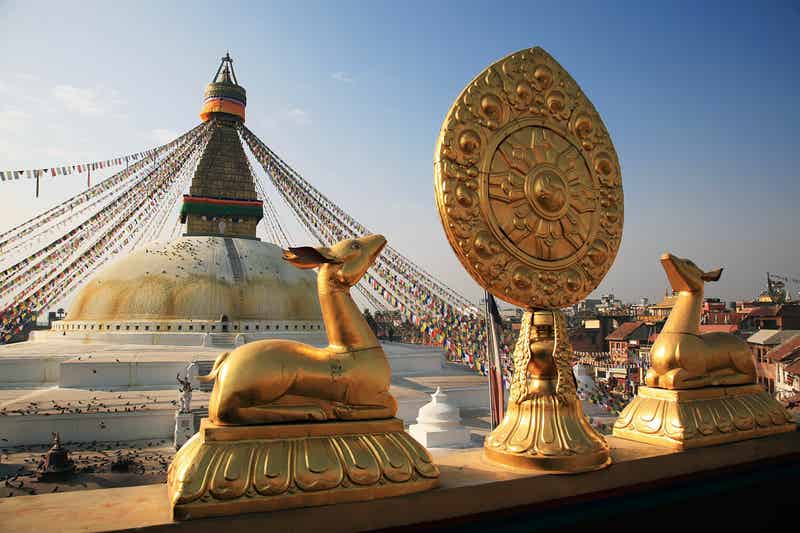 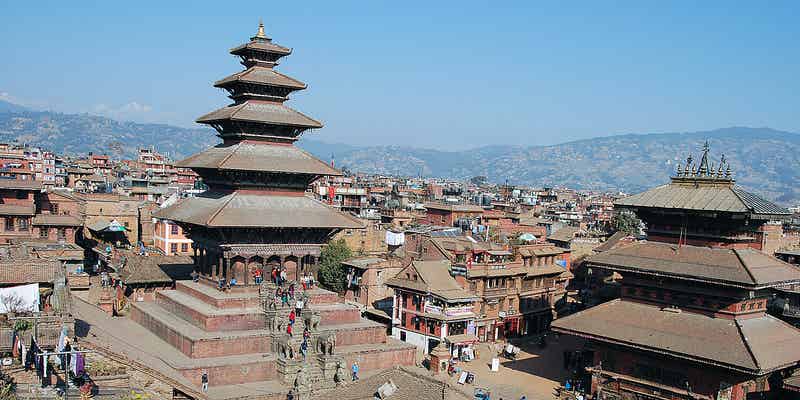 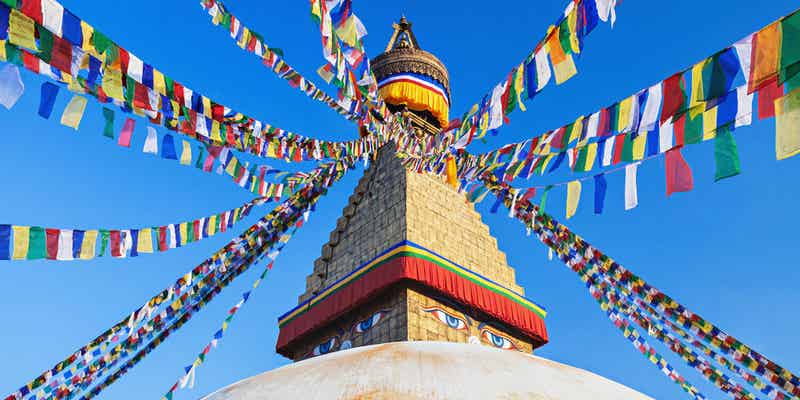 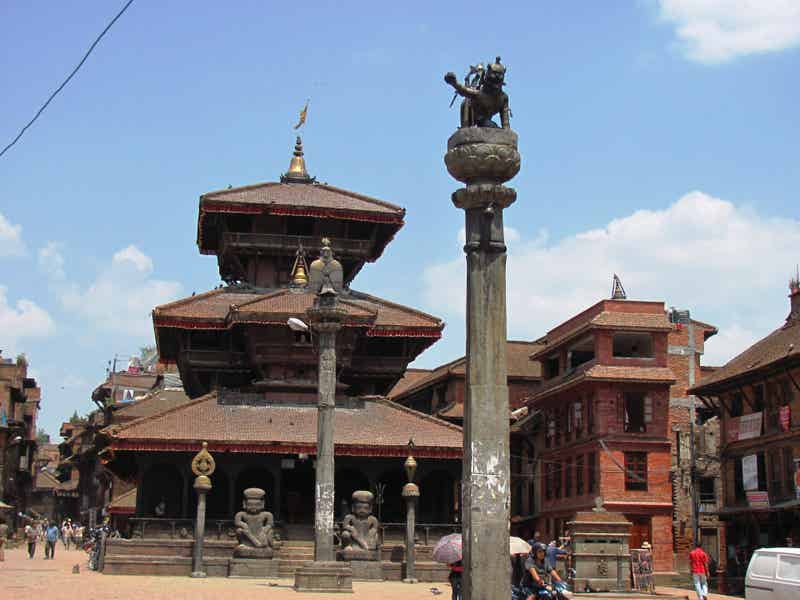 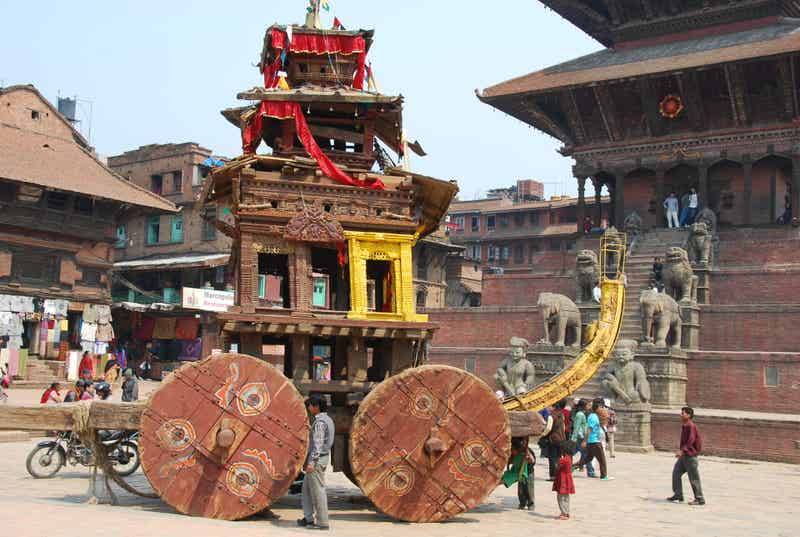 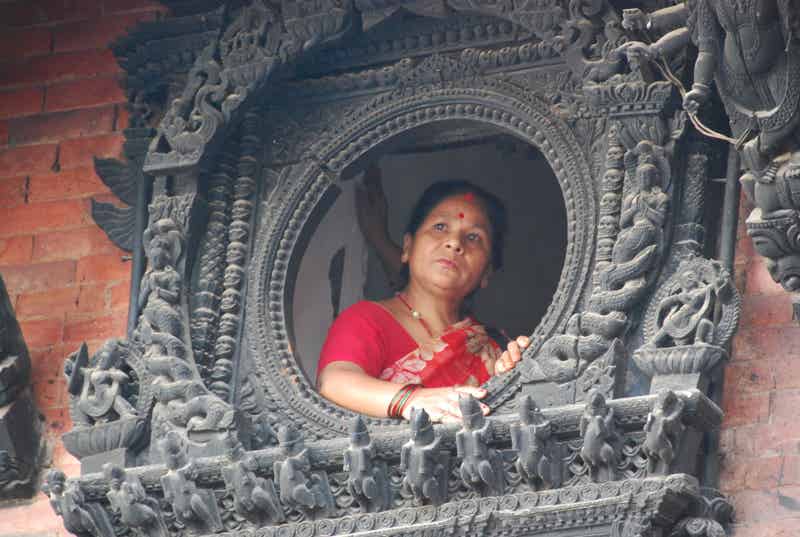 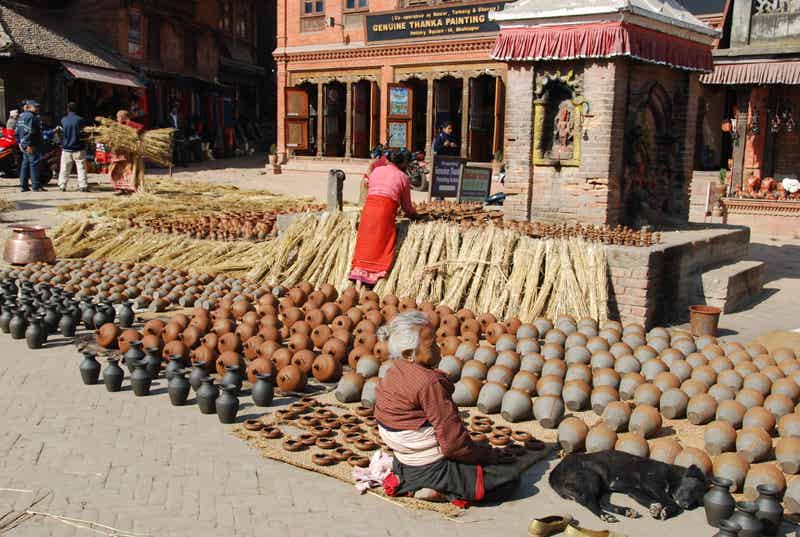 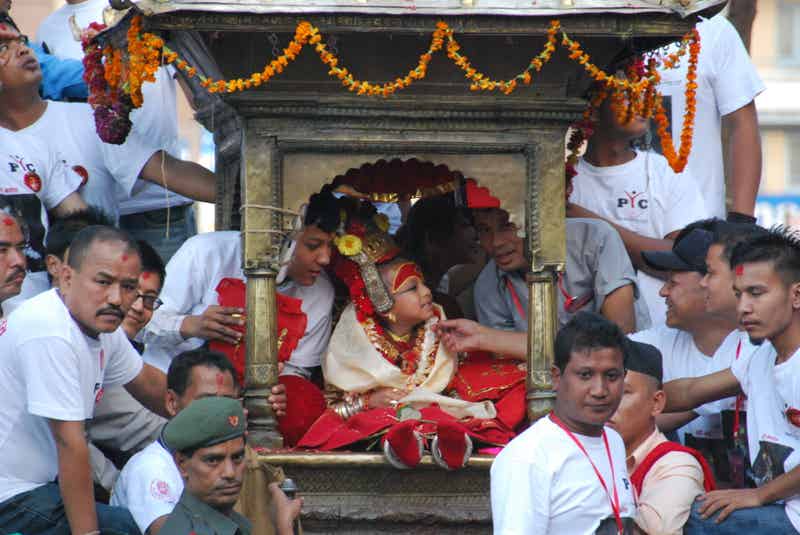 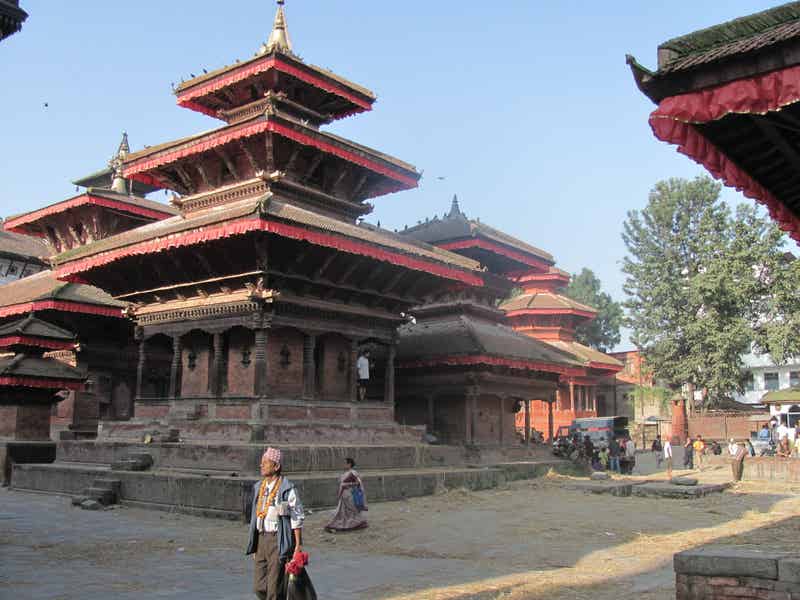 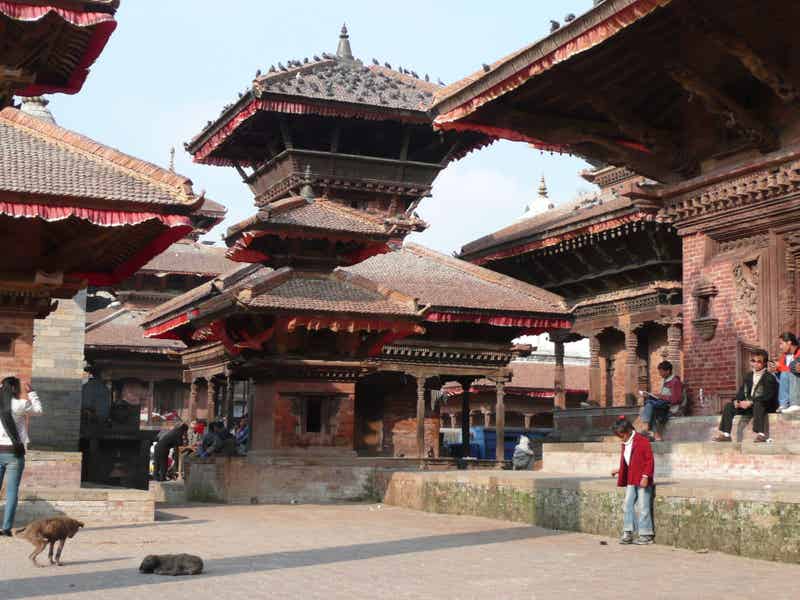 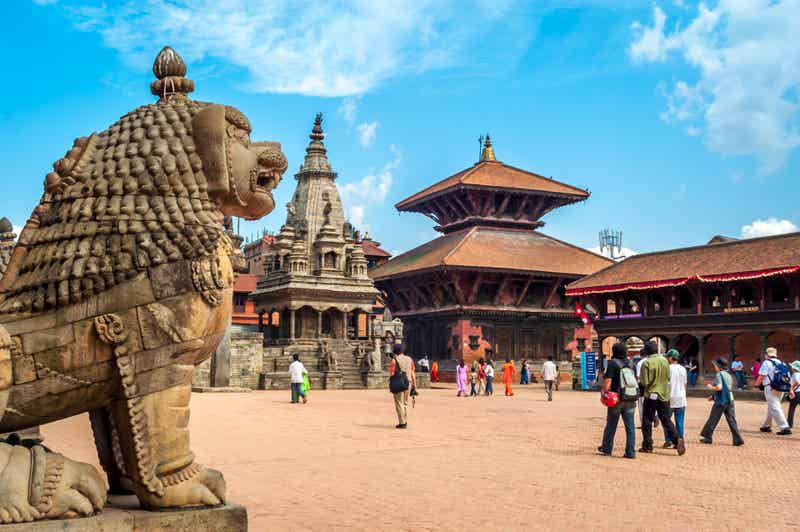